BoardwalkEmpire is an award-winning HBO series about the life and times of Enoch“Nucky” Thompson, and how he controlled gambling, bootlegging, and other vicein a budding Atlantic City beach resort. The character portrayed by SteveBuscemi in the series is based on real-life Atlantic City ‘boss’ Enoch L. Johnson, areal-life New Jersey racketeer.

How Did Nucky Thompson Die

While both the reel Nucky and the real Nucky werelarger-than-life figures, some amount of artistic license was taken with thefictional version of the character. This was necessary to create drama and toexpand the fictional storyline into 5 seasons of 56 episodes. In real life,Nucky Johnson was a tall, muscular man of over 220 pounds, compared to the slimfigure of actor Steve Buscemi as the fictional Nucky. But both men were incharge of a vast criminal conspiracy built on illegal liquor, gambling, andprostitution. And both were dapper, charismatic men who commanded respect. BothNuckys also wore a fresh red carnation in their suit lapels, a personaltrademark.

In the TV series and in real life, Nucky had a wife namedMabel who died young, though in real life, tuberculosis took Mabel, notsuicide. TV Mabel’s suicide was a reaction to the death of their infant son,while the real Nucky had no children. They both remarried eventually after theloss of their wives, but on a different timeline.

Every corruption story has its setting, and Nucky’s wasAtlantic City of the RoaringTwenties. Atlantic City was established as a summer beach resort in 1854,and it was doing particularly well in the summer months. As with any seasonalbusiness, hard times follow in the off season, and Atlantic City was dead inwinter. As gambling was illegal in surrounding states, Atlantic City hotel andbar operators began allowing secret back room card tables and other forms of gambling.The word spread in certain circles, and soon Atlantic City began to get areputation. But the Prohibition era hit the U.S. in 1920, and what was bad forbusiness everywhere else, became a boon for the struggling town. Backroom cardgames easily became speakeasy bars, and Atlantic City soon became profitableyear round.

A Piece of the Action

Nucky Johnson held the position of Atlantic CountyRepublican Executive committee secretary, a politically important position. Hesucceeded local political boss Louis Kuehnle, who was convicted of corruption.But Atlantic City was already running on vice and corruption, so Nucky Johnsonmerely stepped in to carve out a piece of the action for himself. Nucky knewvery well every aspect of the vice business in the city, and was more thanhappy to allow it continue—for a piece of the pie. Johnson received a sizeablepercentage of every gambling, bootlegging, speakeasy, and prostitution operationin town. And when Prohibition rolled in, so did the big money. Nucky Johnsonnow cornered the market on alcohol distribution on the East Coast. And once hebecame the county treasurer, he held the purse strings for the entire vicebusiness. And business was booming.

Following World War I, the West embarked on a long journeyof economic and cultural expansion fueled by the Industrial Age. People hadmoney to burn in jazz bars, speakeasies and casinos, and Atlantic City waspoised at the epicenter of it all. In the Roaring Twenties, theloudest roar came from Nucky Johnson. When confronted with allegations ofAtlantic City vice and corruption, he did not deny it: 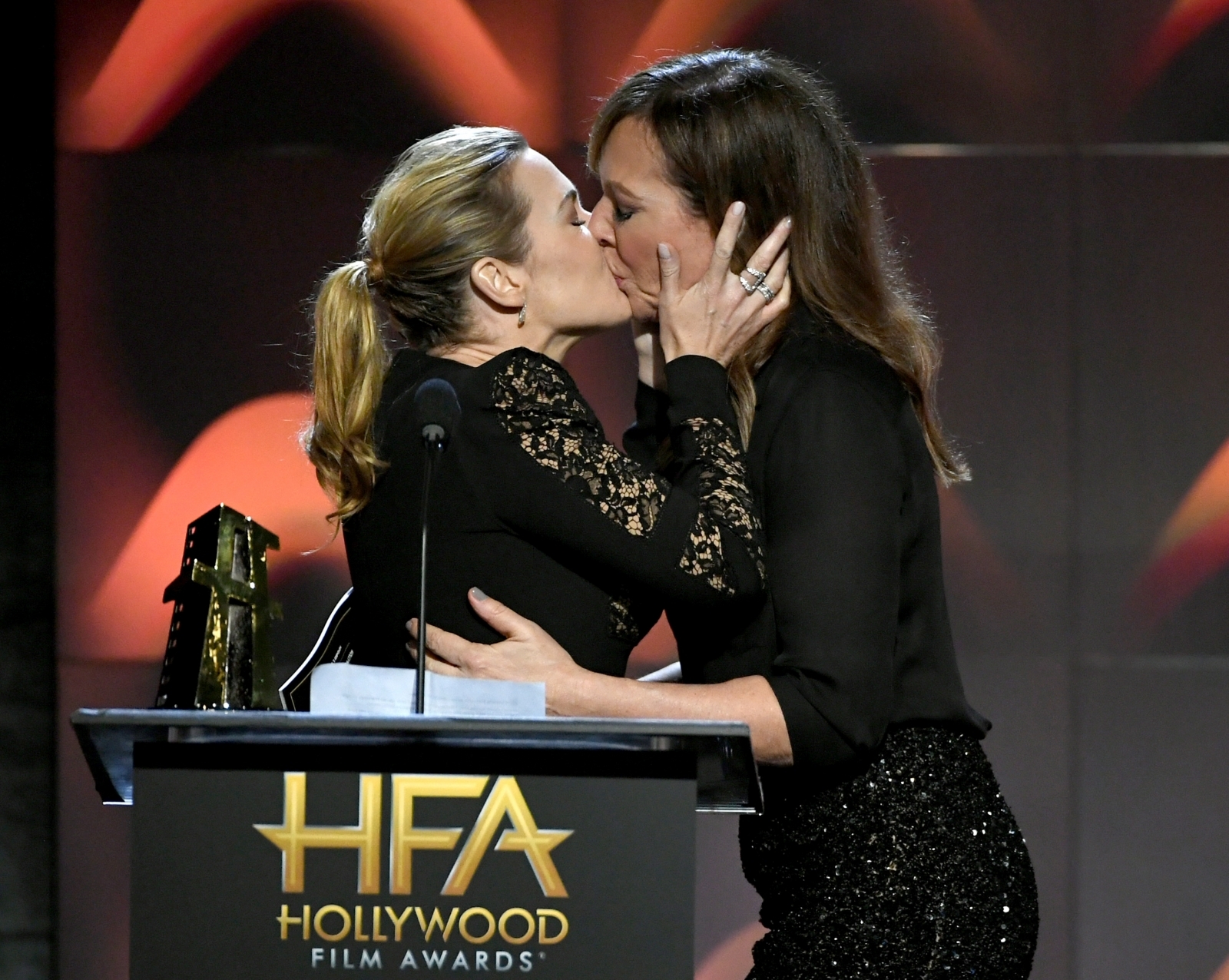 “We have whisky, wine, women, song and slot machines. Iwon’t deny it and I won’t apologize for it. If the majority of the peopledidn’t want them they wouldn’t be profitable and they would not exist. The factthat they do exist proves to me that the people want them.”

The fact that people will do what they want fell on deafears. The government outlawed the ordinary practice of selling alcohol using a maneuverof unprecedented self-righteousness. And when a government outlaws somethingthe people want, outlaws step in to provide it for them instead. By a singlemisguided law called the Volstead Act, Prohibition was enabled, and organizedcrime, mobsters, and the mafia flourished almost overnight. Anchorman slot machine max bet.

One important departure from reality was TV Nucky’s dealingswith organized crime figures. There were no real-life turf wars in AtlanticCity, and Johnson was not nearly as ruthless as Thompson. Instead, he was happyto rule over his Boardwalk Empire with a velvet hammer. He enjoyed a lavishlifestyle of luxury afforded him by his position of political power, and he didnot need to go toe-to-toe with the criminal underground. He already held enoughpolitical and financial power. His income from illegal activities alone wasestimated at over a half million dollars per year (over $7 million in 2019dollars). And when Nucky Johnson was happy, everyone around him was happy. Hesupported the poor through charities, and he spread the wealth whenever hecould.

The fictional Nucky killed people or ordered them to bekilled to serve his arcane purposes. Murder plays well in dramas, so it wasnecessary to have the Buscemi character commit murder, especially during hisscuffles with organized crime figures. The real Nucky was never known to havekilled anyone, but he definitely took vice to a new level. At the height of hispower, Nucky Johnson occupied a suite of rooms on the ninth floor of theAtlantic City Ritz Carlton Hotel. He hosted many lavish parties there, earninghim the name ‘Czar of the Ritz.’ Johnson never needed to resort tointimidation, extortion or violence to advance his Boardwalk Empire. He wasbeloved by his peers and all the locals because he shared the wealth and wasgenerous to those who worked with him and under him.

Of course Nucky Johnson’s Empire attracted the attention oforganized crime figures, but he had no beef with them. Instead, he sharedcontrol of bootlegging operations in the region with organized crime leadersknown as the Big Seven. The leaders of the 7 dominant organized crime gangsincluded members of the Italian, Jewish, and Irish gangs operating from NewYork to Chicago. Johnson arranged a conference in 1929 and invited the leadersof the 7 gangs to discuss sharing control over organized crime in the region.It was during this time that he met Italian mobsters Al Capone and LuckyLuciano, and famous Jewish gangster Bugsy Siegel (who later went on to open oneof the first casinos in Las Vegas).

Atlantic City was a major port for incoming illegal liquorfrom Canada and Europe, where there was no Prohibition. Together with the BigSeven, Thompson cornered the market on illegal alcohol import operations on theEast Coast, ensuring major profits for everyone involved. In the wake of theVolstead Act, the FBI pursued organized crime with a vengeance. However, theyneeded to prove criminal conspiracy in order to indict any single member oforganized crime. But gang loyalty was extreme, and secrecy was enforced underthreat of death for informants. So the FBI began to go after the mobsters’money.

The FBI’s case against organized crime was feeble at best,so they pursued a new line of attack: tax evasion. If they could not prove thatNucky Johnson was a mobster, they could certainly question where he obtainedhis fabulous wealth. Once they established Nucky’s illegal income, he wasarrested, tried, and convicted of tax evasion. He was sentenced to 10 years infederal prison and fined $20,000. He was paroled after only four years, andlived the rest of his life without most of the money he had earned during hisAtlantic City reign. In the television series, Nucky Thompson was gunned downby the son of one his earlier murder victims. However, Nucky Johnson died of naturalcauses in the Atlantic County Convalescent Home in 1968.

Maybe the reason Nucky Johnson wasn’t an infamous crimefigure was because he didn’t get involved in bloody shoot-outs or have peoplewhacked whenever the mood struck. Unlike mobsters of his era, Nucky Thompsonlived and operated in the shadows, and did not go out in a blaze of glory. Buthis story did not remain untold. The Boardwalk Empire television seriesreceived numerous awards for its writing, acting, directing, and visualatmosphere. But at the center of the Empire was Nucky, the Czar of the Ritz,who presided over one of the most famous entertainment capitals in the world,Atlantic City.