It may be a new addition to the racing scene, introduced in just 2017, but the Pegasus World Cup has taken no time in gaining quite a reputation. Undoubtedly one of the biggest events on the American racing calendar, this is not something you want to miss out on.

Gulfstream Park in Florida hosts the action, and the Pegasus World Cup meeting is one of the most valuable on the planet. The race itself is run on dirt over one mile and a furlong. The inaugural running of the race was won by the globe trotting Arrogate who won the Breeders’ Cup Classic, Pegasus World Cup and Dubai World Cup in succession from November 2016 to March 2017.

The next renewal of this race has not been scheduled yet. We will update this once the schedule has been released for next season. The race info, trends and tips shown below will be updated for the next renewal once the final declarations have been made. 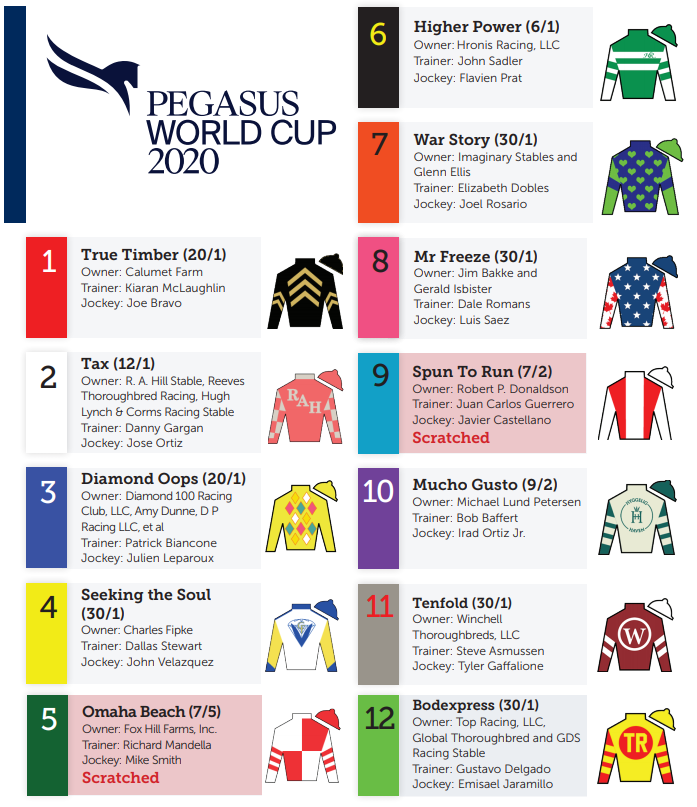 It’s a big one over in the US this coming Saturday. One of the biggest of the year in fact, as 12 runners go to post for this 1m1f Grade 1 contest held on the dirt track at Gulfstream Park. With a whopping $3 million up for grabs, this is one of the richest contests held anywhere on the planet.

Note: The following tips are from 2021. Tips for the next renewal will be added once the final declarations have been made.

First taking place in 2017, this is one of the newer events on the international calendar and has already twice fallen to one of the USA’s most successful big race specialists, Bob Baffert. A little surprisingly Baffert doesn’t hold an entry this year though, and of the trainers who are on show, only Michael McCarthy boasts a previous success in the race. Having saddled City Of Light to victory in 2019, McCarthy sends Independence Hall into battle this time around.

Looking at the riders, Irad Ortiz and Mike Smith have regularly proven to be men for the big occasion during their careers, and both have a previous win in this contest to their name. Ortiz gets the leg up on Sleepy Eyes Todd, whilst veteran rider Smith will be aboard Kiss Today Goodbye.

The favourites have enjoyed a solid start in this race, with two of the first four editions being landed by the market leader. With those winning jollies having returned SP’s of 9/10 and 11/10 though favourite backers would only have broken even in this race to date.

Brad Cox enjoyed a stellar 2020, with a clutch of top-level wins, including a record-equalling four successes at the ultra-competitive Breeders’ Cup meeting. The Cox train is showing no sign of slowing down as we leave 2020 behind, and he bids to keep the good times rolling with his first-ever entry in this race. If the market his to be believed, the Louisville native may have every chance of success, as it is his representative, Knicks Go, who is the clear market leader for this.

Part of the magical Breeders’ Cup quartet for Cox, this five year old by Paynter led the field a merry dance in the Breeders’ Cup Mile, when getting to the front early, applying a strong pace and having most of his rivals beaten turning into the straight to score by three and a half lengths. That was a fine performance in the context of this, taking his record to a perfect three wins from three starts since joining the Cox yard in January of last year. The slight question is this step up to 1m1f at an unfamiliar track; however, he is a three-time winner at 1m½f, including at Grade 1 level and may well prove tough to past if getting things his way in front once again.

Another coming in for a fair amount of support is the Claude McGaughey III-trained five year old, Code of Honour. Sired by Frankel’s full brother Noble Mission, it wouldn’t have been too surprising should this one have made his presence felt on turf. However the strong dirt influence from the dam side appears to be the dominant breeding force, and this one boasts several efforts which bring him right into contention here.

A winner of six of 15 career starts, including two in Grade 1 company, he already boasts a Grade 2 success at this track on his CV which is a big feather in his cap. Having also scored twice over 1m2f, he looks one of the more reliable contenders from a stamina point of view should they go particularly hard upfront in this. The fact that he is without a win in four is a slight concern, but the best of those efforts in defeat did come last time out when a strong finishing second in a Grade 1 over this trip at Churchill Downs. Given a nice break on the back of that effort, he arrives a fresh horse and looks primed to go well in pursuit of this big prize.

The likes of Tax and Sleepy Eyes Todd also boast reasonable form claims, but anyone looking for a touch of value at a bigger price may want to consider the improving four year old, Kiss Today Goodbye.

Going for the relatively unheralded handler Eric Kruljac, this one hadn’t shown a whole lot in his first six career starts but was at least improving and, having twice gone close in Grade 2 company, finally broke his duck at that level at Santa Anita last time out. The manner in which he travelled into the straight that day was particularly impressive, and to our eyes, he looked to have a bit left in the tank when coming down the outside to score by half a length. This clearly demands more again, but the likely strong pace ought to suit and being one of the more likely improvers in the field, it wouldn’t be the biggest surprise to see him threaten the places at rewarding odds.

About The Pegasus World Cup: Taking Flight At Gulfstream

All eyes may be on the National Hunt side of racing during the winter months over here in Britain, but it is the flat racing game which continues to take centre stage on the international scene. The likes of late autumn’s Breeders’ Cup Classic, and March’s Dubai World Cup are invariably two of the most prestigious and valuable middle distance contests of the season, and falling just about slap bang in the middle of those two events is the new kid on the block: Gulfstream Park’s Pegasus Word Cup.

Held in late January each year, this 1m1f Grade 1 event is open to runners aged four and older. A maximum field of 12 go to post for this one, with the fillies and mares receiving a three pound weight allowance in line with similar events run elsewhere.

The “Pegasus” of the race’s title of course refers to the famed mythical horse of Greek legend, with Gulfstream Park also erecting a statue in honour of the winged equine marvel. Not just any old statue either, this is a 110ft affair involving a trampled dragon which looms large in the backdrop, adding a real sense of drama as the runners stream past in the straight.

How To Win Pegasus Cup

This race may have only made its debut in 2017, but it certainly made quite a splash in its inaugural running. Operated on an innovative new model, each of the 12 starting berths were sold to a shareholder, who then had a right to race a horse, or lease or sell their starting berth. The price of each of those 12 starting berths? A cool $1 million. With the $12 million generated going straight into the prize pool, the 2017 edition of this race was the richest to be run anywhere in the world that year.

As astronomical as that figure was, it was nevertheless significantly overtaken in the second running of the race. With organisers the Stronach Group adding a generous $4 million to the pot, total prize money rose to a monstrous $16 million.

As we can see from the above chart though that 2018 edition of the race proved to be something of a high watermark for the race – at least in terms of prize money. The addition of the Pegasus World Cup Turf race in 2019, which itself offered $7 million in prize money, together with a reduction in the entry fee from $1 million to $500,000, saw the total pool reduced to “only” $9 million.

The greatest change of all though was to come ahead of the 2020 edition, with the entry fees being scrapped entirely as the race became an invitation only affair. This owner-friendly move understandably saw a substantial reduction in the prize pool, but the $3 million still on offer is certainly not to be sniffed at.

CLEANING UP THE GAME

The 2020 edition was a real time of change for the race, with the conditions of the contest also undergoing a significant alteration. The anti-bleeding/performance enhancing drug Lasix is commonly used in US racing, but has had its share of controversy over the years. Previously any runner taking part in this race without Lasix would have received a weight allowance of five pounds.

As of 2020 this will be no more, as the use of Lasix – and indeed all other race day medications – will be prohibited in this contest. An admirable move from the organisers, as is the fact that they have pledged to donate 2% of total prize money to thoroughbred aftercare.

Being run on dirt, it perhaps isn’t too surprising to learn that the early editions of the race have been dominated by the US, whose runners of course tend to be bred to excel under such conditions.

US bias or not, it has taken an extremely high class of performer to come home in front here. Inaugural champ Arrogate – who smashed the course record – also landed the Breeders’ Cup Classic and Dubai World Cup that season; 2018 winner Gun Runner did the Pegasus World Cup and Breeders’ Cup Classic double on route to being crowned horse of the year; whilst 2019 hero City Of Light also already had a Breeders’ Cup success to his name in the Dirt Mile. 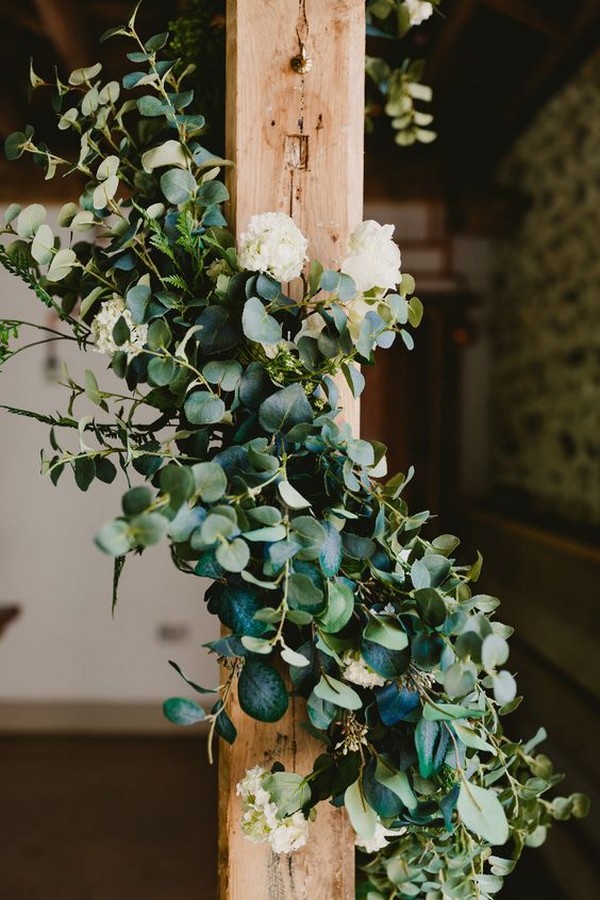 Other Races of Note at Gulfstream Park